The international economic system is being shaped by the rise of inward-looking governments, scepticism about globalization, the closing of borders, and the spectre of war, trade or otherwise. This political and economic uncertainty greatly affects competitiveness – a nation’s capacity to foster sustainable value creation, prosperity and wellbeing.

The role of institutions and social openness

How do countries navigate this environment? Competitiveness, as measured by the IMD World Competitiveness ranking, can help us understand the factors behind the economic success of a country. In the short and medium-term, annual GDP and productivity growth rates (included in the Economic Performance and the Business Efficiency factors) provide a clear picture of the value generation potential of an economy. The long-term drivers of a country’s prosperity also include fundamental dimensions such as institutions, social and human capital, health and environment (measured by the Government Efficiency and Infrastructure factors).

Findings from our global rankings survey show that strong institutions, aided by key societal factors, support competitiveness, even in times of uncertainty.

Fluctuations in global markets due to instability in the international political landscape and trade relations have affected competitiveness globally in 2019. As a counter-balance, a strong institutional framework provides the stability necessary for businesses to invest and innovate, ensuring a higher quality of life for citizens.

Table 1. Top and under performers in institutional framework, indicator level

There is a strong positive association between the institutional framework sub-factor and the overall competitiveness ranking (Figure 2). The Institutional Framework subfactor (a component of Government Efficiency) can explain 86% of the variation of the overall competitiveness in 2019 (R-squared=0.86, observations=63). The higher a country ranks for institutional framework, the higher its overall position. For example, Switzerland, the Netherlands, Norway and Denmark rank in the top 10 in both dimensions. Argentina, Brazil and Mongolia are in the bottom 10 for both. 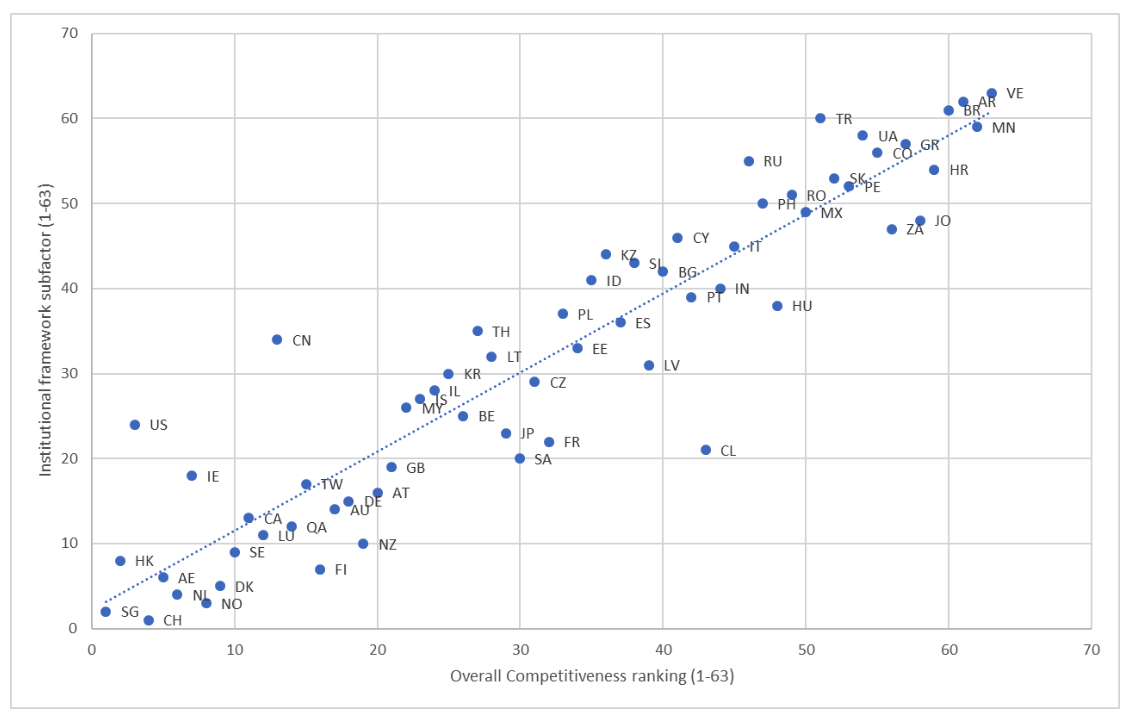 This relationship has become stronger over time. Figure 3 shows that the correlation between the institutional framework sub-factor and the overall competitiveness ranking has increased from 0.912 in the 2005-2009 period, to 0.917 in 2010-2014 and to 0.933 in 2015-2019. Figure 3 also shows that the correlation between government efficiency and competitiveness, despite some fluctuations, has increased over time (0.895 in 2015-2019). 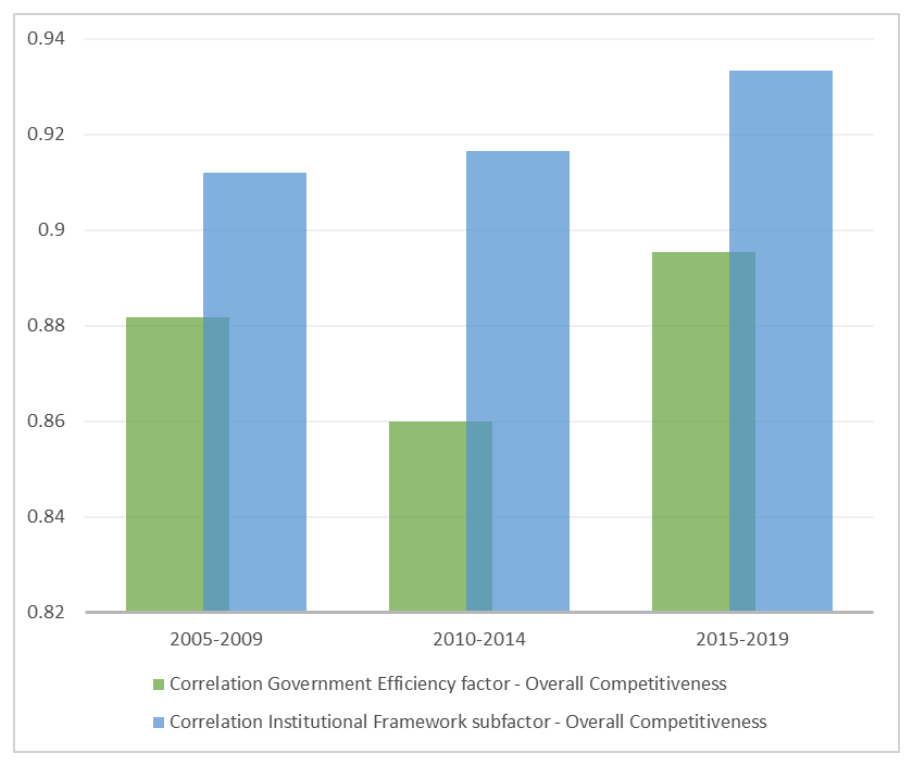 Some countries fare better than others amid high levels of geopolitical and economic uncertainty in global markets. Economies with strong competitiveness levels feature high quality institutions and open societies, which act as safeguard against uncertainty.

Uncertainty is likely to continue to challenge countries in their drive toward competitiveness. Strong institutions and open societies will be essential to mitigate this impact by providing a predictable context for investment, innovation, and value creation.

By Chief Economist and Head of Operations at the IMD World Competitiveness Center Christos Cabolis, and José Caballero