In Anticipation of the 2019 IMD World Competitiveness Yearbook
Article

In Anticipation of the 2019 IMD World Competitiveness Yearbook

At the end of the month, the IMD World Competitiveness Center will launch the 2019 competitiveness rankings. This is the time that all of us who work in the project look forward to finding out how world events, governmental policies, and private sector initiatives have been captured by hard data and executives’ perceptions.

Competitiveness is a comprehensive and holistic concept. It evaluates the extent to which a country fosters an environment where enterprises can achieve sustainable growth, generate jobs and, ultimately, increase welfare for its citizens. We score the 63 economies we study on more than 230 indicators grouped in four factors:

Figure 1 below provides a description of the evolution of competitiveness results from the regions’ perspective for the years 2013-2018. 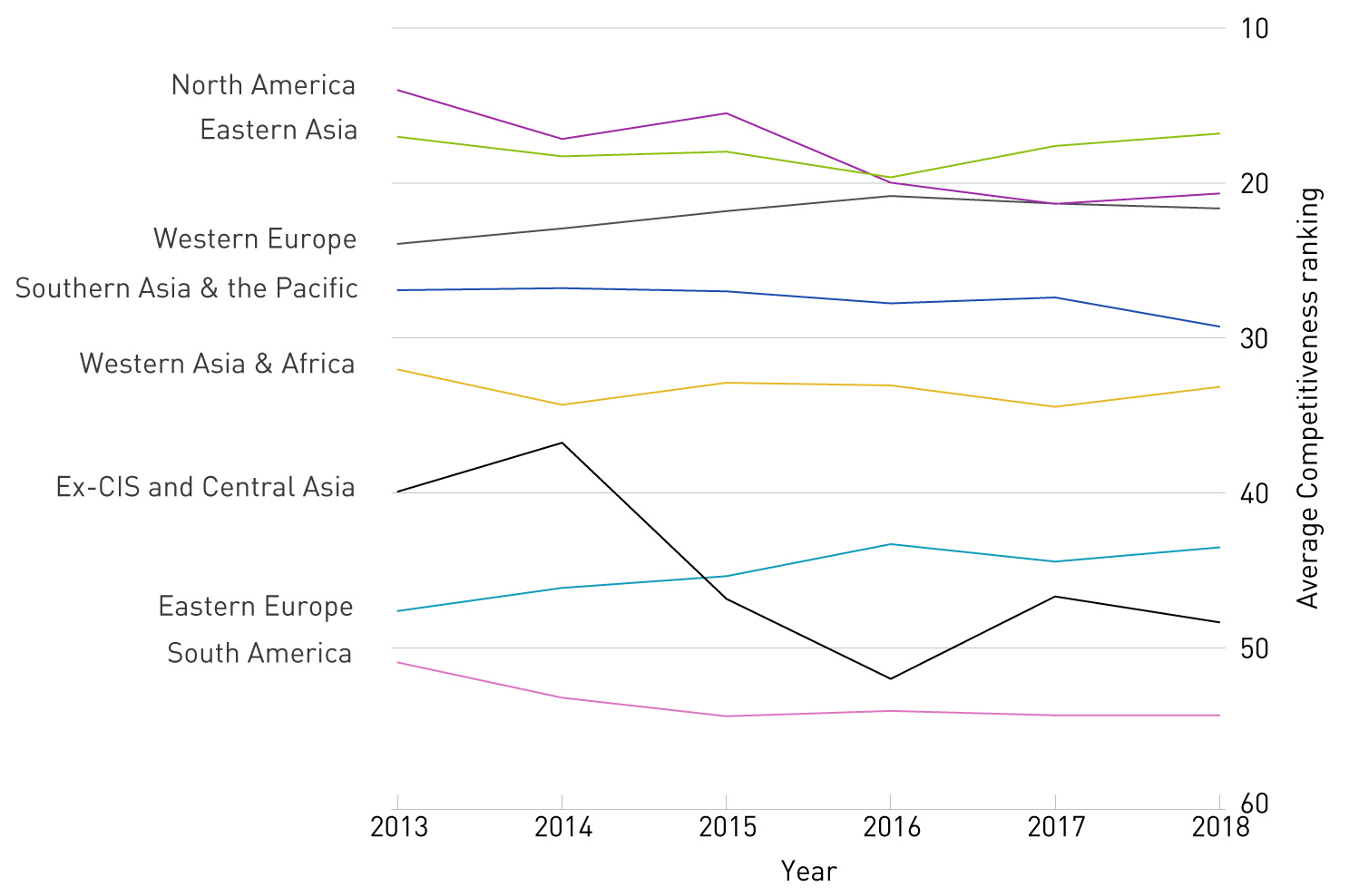 The last group includes Eastern Europe, Ex-CIS and Central Asia, and Latin America. These include countries with ample room for improvement in their competitive standing.

Drilling down into the sub-regions’ performance in the four factors reveals some interesting details. North America dominates on economic performance. It’s the same story with business efficiency and infrastructure: led by North America with Western Europe and Eastern Asia close behind. But when it comes to government efficiency Western Europe is the highest ranked, despite criticism levelled at some European Union countries on their inefficient bureaucracies.

The sub-regions that rank lowest for competitiveness in almost all the factors are Western Asia & Africa, Ex-CIS & Central Asia, Eastern Europe and South America. The exception is Eastern Europe, which comes fourth overall in infrastructure. Notably, Latin America is the only sub-region with a star out-performer in government and business efficiency: Chile. In these factors it ranks closer North America and Southern Asia & the Pacific.

Placing the 2018 competitiveness rankings in perspective, they were in accord with some principles that emerged throughout the years we examine the competitiveness of countries:

With this in mind, do you think that the results presented reflect which countries will be in the top places at the end of the month? 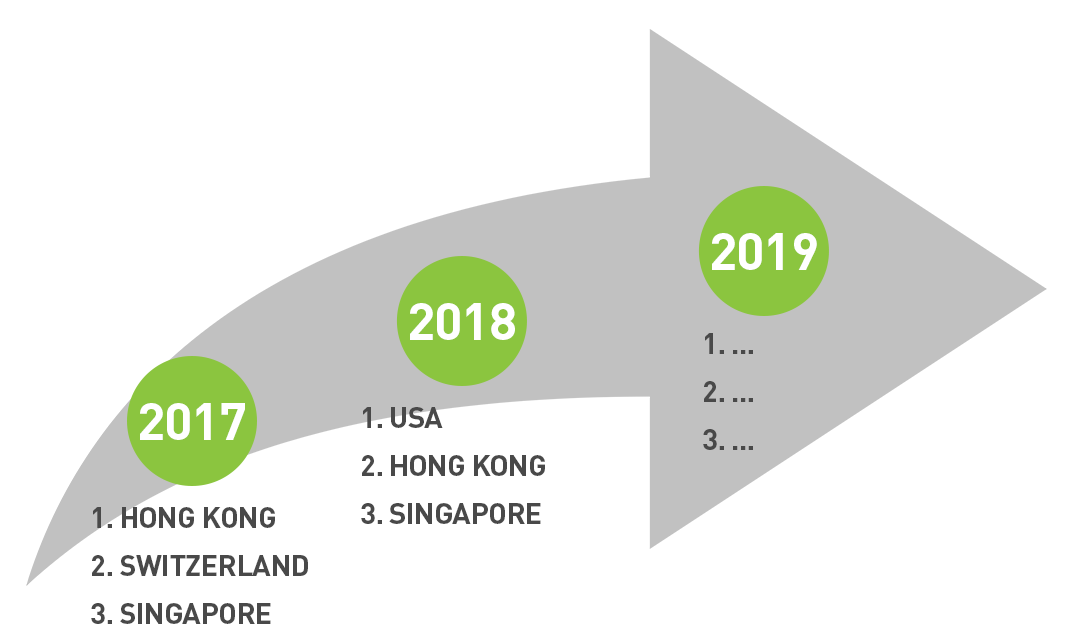 Just to whet your appetite, Figure 2 presents, the three highest ranked economies for 2017 and 2018. Which economies do you think that will be in these three places in 2019?