2016 graduates tell how they have moved on to new horizons

IMD’s MBA program prides itself on a small-scale, intimate approach to learning, a rigorous selection process to ensure a diverse and complementary cohort, a mature and experienced group of professionals, a strong focus on leadership development, and effective career services.

Three participants from the class of 2016 talk about how these elements of their intense year-long experience led to a life-changing career transition. 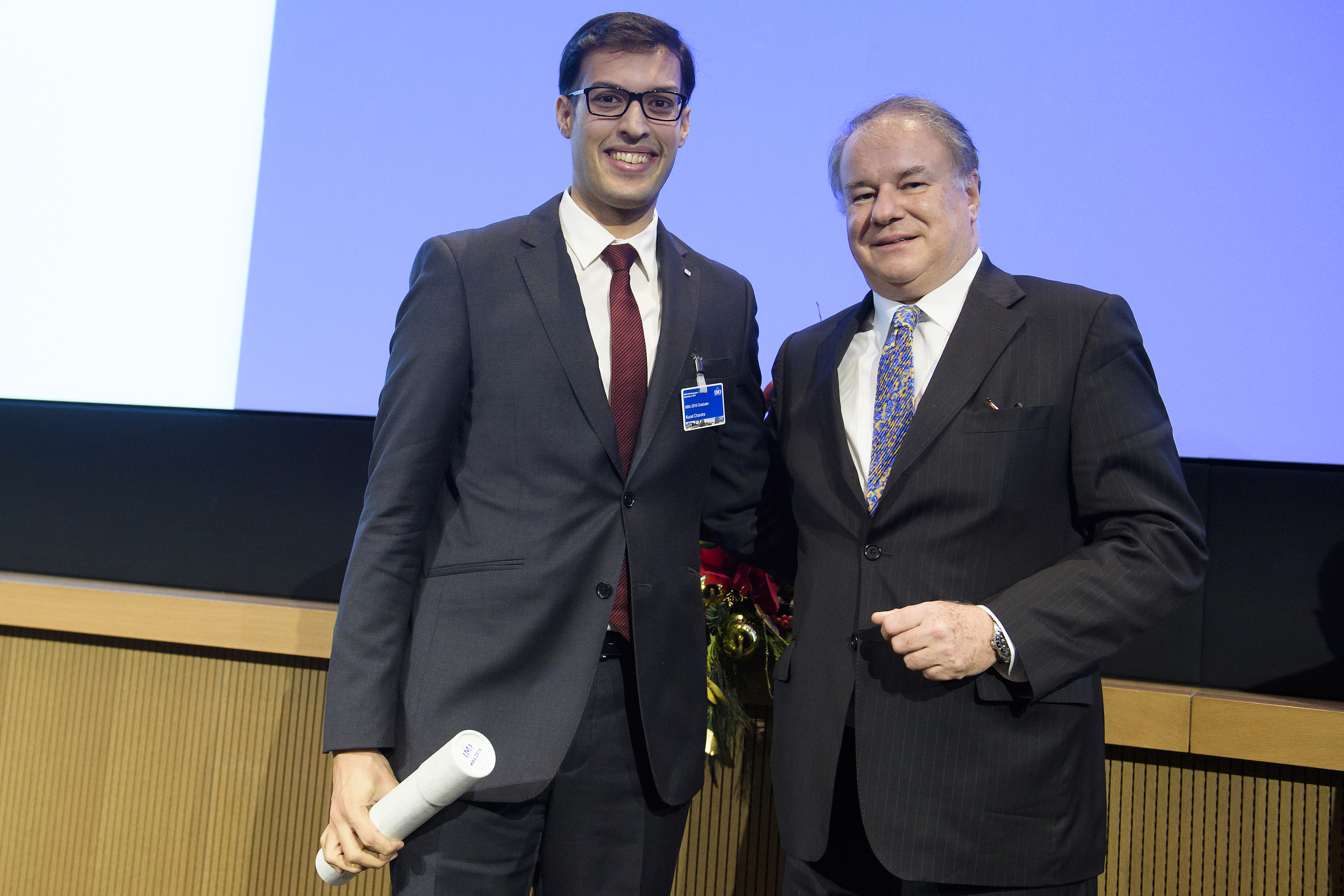 Kunal Chandra, originally from India, worked in the energy sector at Shell for nine years before beginning IMD’s MBA program. “I was looking to become a better leader; I think that’s why many people come to IMD,” Kunal says.

Other motivations for Kunal to earn the IMD MBA were that he wanted to branch out from the oil and gas sector and get exposed to other parts of the energy sector, and he wanted to step up and be seen as a person with executive potential.

While enrolled in the MBA Kunal was able to use IMD’s career support to earn a position in Siemen’s CEO program, which gives executive exposure to young talent.

For Kunal the IMD MBA helped him make this transition because of what he describes as the program’s three strengths.

Number one: “The program gave an amazing breadth of information and exposure to the general business environment.”

Two: “In a short period, the program gives you the confidence to lead and deliver at a professional level in areas that you were not previously familiar with; you are expected to perform quickly, and that makes a big difference.”

And three: “Because of the nature of the program and the fact that we had to deal with real companies and executives, the ultimate judgement of your performance is not in the classroom; it’s in the real business world. And through IMD, and the connections you make, you gain access to a truly powerful business network.”

Kunal also said the program helped him learn how to “be a leader in the moment” and advises any future MBAs that they can get a lot of the program if they know what they want to achieve ahead of time.

From chasing immediate targets to rea Before coming to IMD, Andrea Michahelles was the Managing Director of a German Supply Chain Management Consulting firm in her native Peru.

She says she had solid experience managing consulting teams before starting the program, but she wanted to gain deeper knowledge on how to be a true leader, how to recruit and inspire high performing teams.

“I was at a stage in my life where I was ready to gain new soft skills and accelerate my growth as a manager,” she says.

When she was considering her next career move, Andrea says recruiters were telling her that it is nearly impossible to change one’s function, geography, and industry all at the same time.

Lucky for Andrea, those advisors were wrong. After graduating from the IMD MBA with honors and winning the Welshe Woman award given to outstanding female participants every year, her next move is on to Spain where she will be a Product Manager in Amazon’s Consumer Program.

“I am so grateful to IMD’s Career Services, because they encouraged me to pursue my dream, even though everyone was pointing me in the opposite direction,” says Andrea.

“I think one commonality of the participants of the IMD MBA is that we are all ‘go-getters’, who are very successful at reaching the next immediate goal, but often in a trap. As we are always so busy securing the next reward, sometimes we lose perspective on what we really want to do, our dreams, and our life purposes. In that area, IMD helps by asking the right questions and providing us with a secure base to try.”

Another valuable lesson Andrea learned in the IMD MBA program was to embrace the fear of change, to take the leap and see what happens next.

“There is a lot of pain in this MBA. It is very challenging not only from an academic point of view, but also from a personal and leadership perspective. You are put in a lot of stressful situations, always in a group context. You’re put to the test. You have to make really tough choices. But you cannot learn without suffering,”

Andrea says that putting participants through the gauntlet is one of the real strengths of the program. Understanding her own performance under stress and during conflict as well as receiving constant feedback are what made her more self-aware and helped her realize her true values, she says. With 10 years of professional experience and a solid financial background in investment and commercial banking, Alex Tkachenko came to IMD to improve his skillset and move into general management.

Originally from Ukraine, Alex Tkachenko’s career has taken him from his hometown of Kiev, Ukraine to Austria and then on to Lausanne where he just completed the IMD MBA.

Coming from what he describes as a mainly B2B background, Alex was impressed by IMD’s network of industrial companies that have a regular presence on campus, he says. Another advantage of the program, according to Alex, was being in a small tight-knit group, which helped him get to know the other MBAs and himself better.

Alex found his next opportunity while still in the MBA program. He will soon be working for the Danaher Corporation, which he says is a great match for him. “They are very good in operational excellence, and they function like a private equity firm,” he says.

Alex did a summer internship – one which he qualifies as a real success – at Danaher, during the program. He says the IMD alumni who already worked at the company were very positive and helpful during the recruitment for his next position.

The MBA helped Alex transition to a whole new field for him, one that he had been wanting to delve into – marketing.

Alex will be based at the European headquarters of one of Danaher’s operating companies and he says that applying what he has learned in the MBA program has helped him achieve his current success.

These three outstanding MBAs from 2016 offer a snapshot of how IMD blends a carefully selected group of diverse and experienced professionals with immersion in leadership and career guidance to springboard high-potential executives toward a bright future and new career path.

The IMD MBA gives the skills to know, the confidence to lead and the humility to act.